some christmas things for baby

Here are a few things I put together for the bebe's first Christmas: 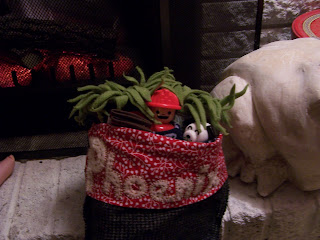 A flannel stocking, with his name cut from white wool and embroidered onto the cotton cuff. (The sea anemones poking out of the top were made by my artist friend Skylaar, and are available for sale in her Etsy shop.) The little fireman is from a re-release of vintage-style Fisher Price Little People I scored at Bi-Mart; they were released two years ago, and I bought the last package from the store's shelf right before Christmas. 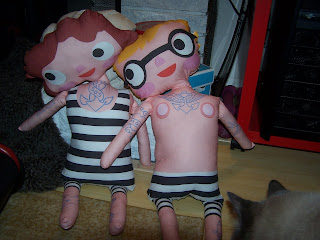 Two tattooed sailor dolls I made from a Spoonflower fabric kit designed by artist Heidi Kenney. (I admit that the man wears a shirt most of the time; after the dolls were assembled and tossed in a pile together, they looked a little risque with his nipples showing. ;) 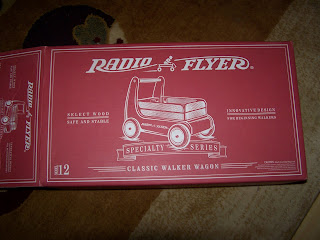 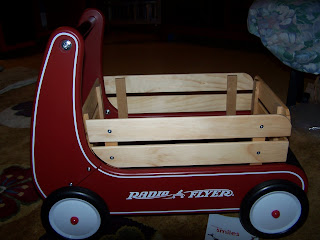 which only took about 45 minutes for Shawn and I to build on Christmas Eve thanks to well-written instructions. I lucked out and got a really, really good sale on-line right before Christmas, just when we were looking for a walker for the bebe. 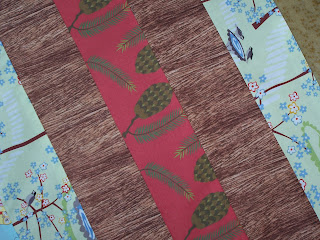 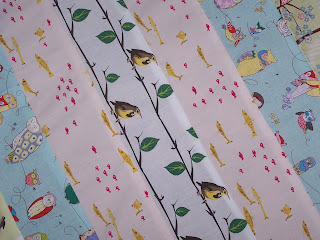 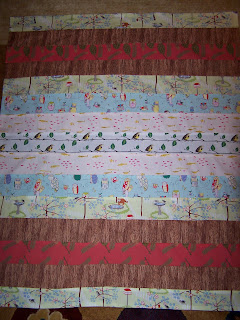 I'd been working on the quilt for awhile. I collected the fabrics from probably a half-dozen sources (the meadowlark and the douglas fir cone prints are my own designs, for sale on Spoonflower) over the course of several months while I was pregnant, then, last Valentine's day, cut the strips out. It turns out I was in labor the whole night, and gave birth the next morning. The quilt sat unfinished until the week before Christmas! He likes to point at things on the quilt and wait for me to tell him the words. I love that he's starting to communicate with something other than cries. It makes my day.

There were a few other incidentals; the pirate pajama pants I made for bebe and his dad, the handprint Christmas ornaments we made for the family, little odds and ends. It was a busy season, but I was really glad to be able to eke some time out to put together some projects to make the first Christmas a handmade one.
Posted by Night Garden Design at 8:30 PM No comments: