Well hey there! It's been awhile, right? It was an amazing and busy summer. The kiddo and I made a lot of stuff, went on a lot of adventures, and generally kept ourselves occupied from the day preschool let out until the day preschool started. And I'm on the board this year, so things have gotten even crazier.

I'm stopping in today to share one of the big projects we finished this summer. It's a book. 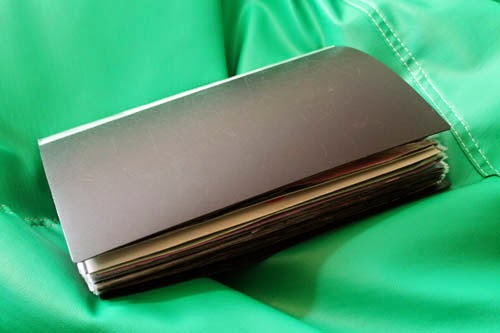 About halfway through the school year, the kiddo's teacher started having the kids make one or two alphabet letters per week as part of a daily series of arts and crafts projects.
If the kiddo was sick on a day a letter was introduced, we made our own version at home. Adding to the fun was putting each letter in a black portfolio book, one after another, until finally we had the whole alphabet.
"But wait, Mama!"

There were so many blank pages left! I suggested we take on as many numbers as possible until the book was filled, and the kiddo was game. We managed to fit zero through twenty in the book before we ran out of space.

Aside from cut paper, we used a little of every material in our arsenal, from googly eyes and multi-color pipe cleaners to bingo daubers, glitter glue, and stamps.


He even stitched through the buttons using a tapestry needle and yarn!


Towards the end, when things were getting crowded and the projects a little lengthy, we got extra inventive.

Whew! We made it through the whole thing. I tried to let the kiddo do most of the work on the gluing, drawing, punching, stamping and coloring (although I got a little bossy with the zebra). I stuck mainly to cutting, although he's getting so good with the scissors now that I'm going to be pawning more and more of that work off onto him, too. We're planning to tackle the lowercase letters next, unless the new preschool teacher gets to them first.

What about you? Did you tackle any arts and crafts projects this summer too?