We hit the road this weekend in pursuit of birthday party mayhem for my niece and nephew, taking in some sights along the way. The bebe mostly played with cars and watched WALL-E in the backseat, and was generally very pleasant to have along for the ride. Mister drove the car. I finished up a few loose ends on birthday projects.

We had clear weather the entire trip. 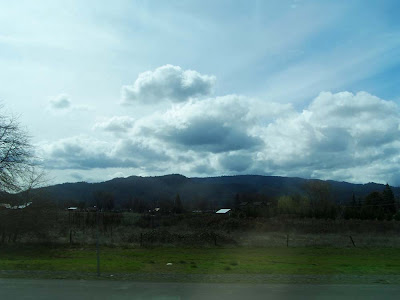 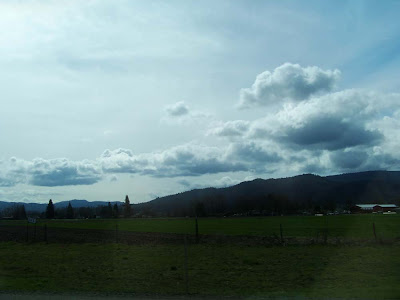 The top of Mt. McLoughlin was wreathed in puffy clouds. 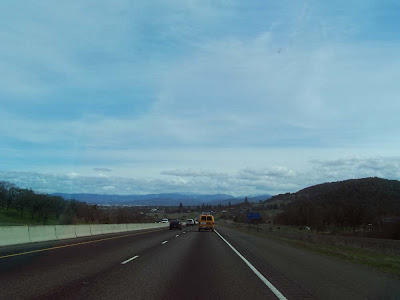 And of course, I insisted mister stop the car so I could get a photo of this guy, the big caveman statue in downtown Grants Pass, Oregon. 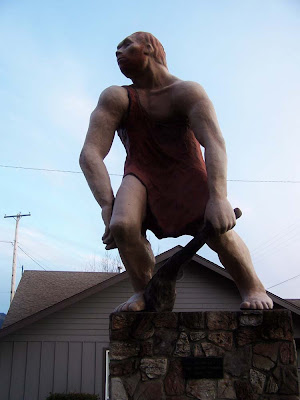 Complete with weird plaque telling about the booster club. 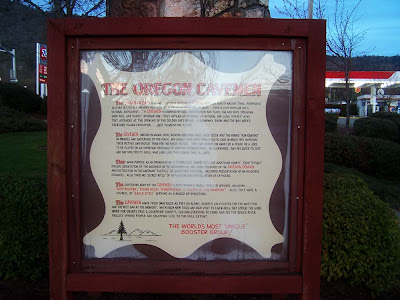 It reads, in part, "The CAVEMEN, dressed in animal skins, wearing horsehair wigs, rock teeth and 'big horns' run rampant through parades and gatherings of the public, and usually have with them a rustic cage in which they imprison their victims and display them for the public to see. They are always on hand for a prank or a joke to be played on an important personality visiting in Grants Pass, or elsewhere, and are quick to spot and capture pretty girls who look like they could take a joke."

Presumably, if you are a grumpy-looking pretty girl, you're in no danger.

Posted by Night Garden Design at 9:54 AM