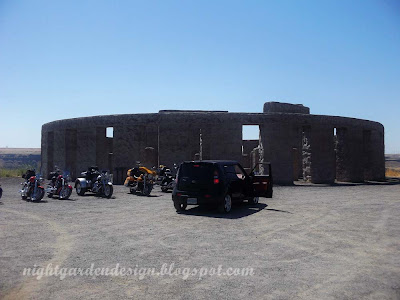 This almost ended up as part of my Hometown Tourist series (which I actually use for all of my Oregon travel posts), but the Maryhill Stonehenge War Memorial is actually directly across the Columbia river in Washington, so we can't call this one for the home team. But. It's literally like five minutes across the bridge to the hill where this odd little roadside memorial stands, and from there, you can see the Columbia River, and Mt. Hood, and plenty of the Oregon-side of the gorge. 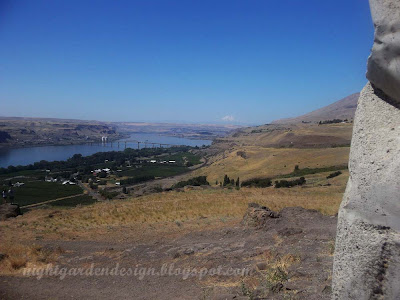 The inscription on the plaque reads, "The structure before you is the first monument in our nation to military personnel who gave their lives in World War I. Memorializing 13 young Klickitat County Men, it also serves as a lasting reminder of the works of Samuel Hill, patron of this region. He established a townsite here, with postoffice, hotel, general store, nearly 10 miles of experimental paved roads, and the Maryhill Museum three miles to the west—all on his own land. His tomb is 50 yards distant, on the opposite side of this monument. 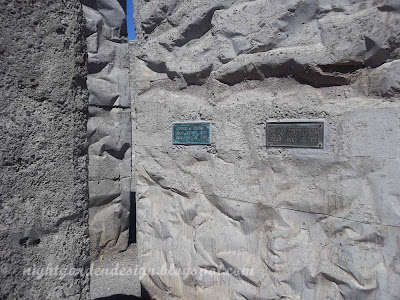 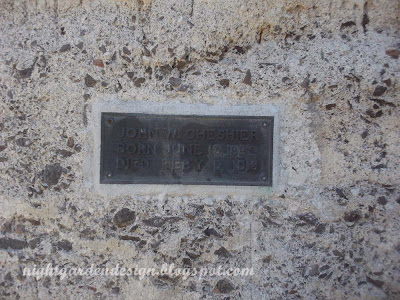 "The design duplicates in size and original form England's famous Stonehenge (dated 1900-1350 B.C.) on Salisbury Plain in Wiltshire. When Hill, a Quaker pacifist, visited England during the 1914-1918 conflict, saw Stonehenge and was told it had been used for human sacrifices to pagan gods he remarked: 'After all our civilization, the flower of humanity still is being sacrificed to the god of war on the fields of battle.' From that inspiration came this monument, built by Hill. On July 4, 1918 the altar stone was dedicated. The full structure was completed and dedicated May 30, 1929. 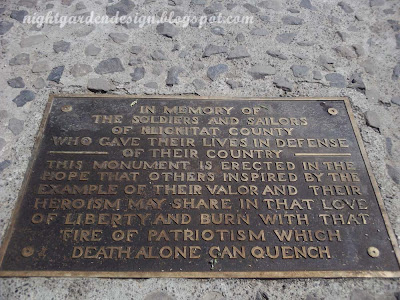 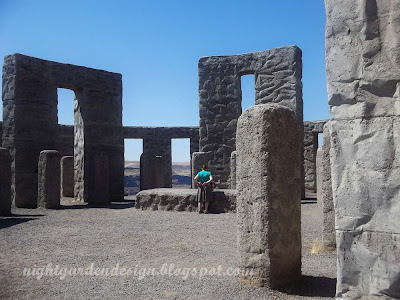 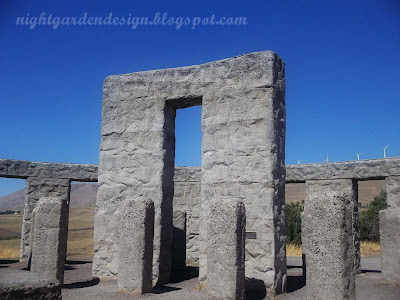 "Today, the sacrifice legend is generally discredited. Current belief is that Stonehenge was a device used by stone-age astronomers to measure time and mark seasons of the year by observing positions of the sun and moon. The diagram at left suggests how the original may have been used by its ingenious builders." 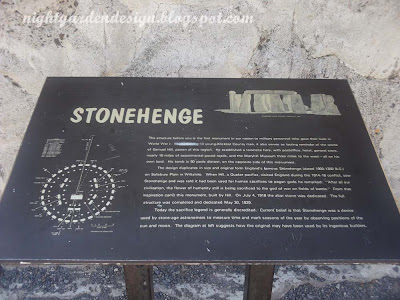 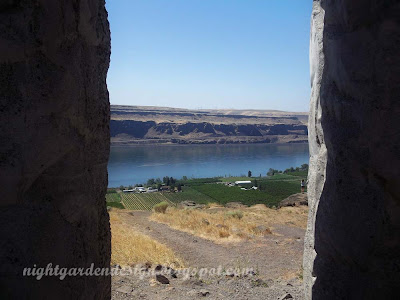 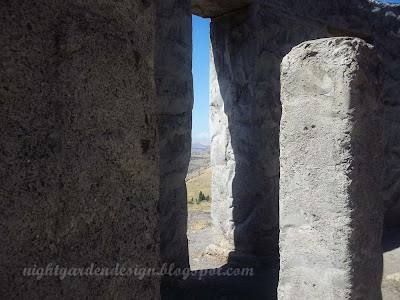 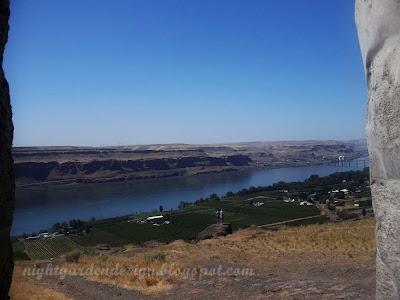 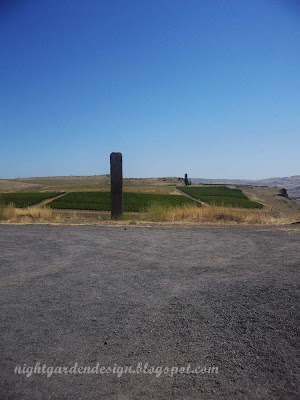 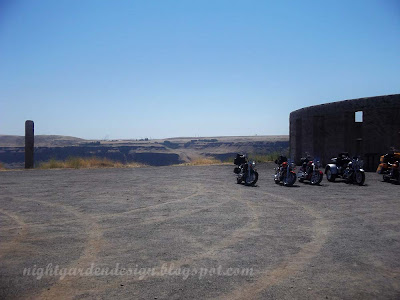 Across the gravel parking lot is a more simple memorial plaza for those from the county who died in wars post-WWI. 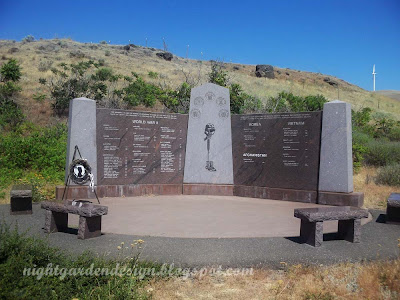 We happened across this place by accident, having never heard of it before. The mister, knowing my love of roadside attractions, did a little GPS search to find someplace nearby where we could stop on our way home from our trip to Montana in July. I ended up being really moved by it. It's a little bizarre, sure, but also very touching. I recommend a visit if you're ever in the area. You can find it from Portland following I-84 east through the Columbia River Gorge. Get full directions on Google Maps.

p.s. you can make these photos larger simply by clicking on them, but you probably already knew that!


Posted by Night Garden Design at 9:53 AM

WOW. What incredibly pictures. I have, sadly never been...but you really brought it to life and made me appreciate the history. Great post.