Due to our kiddo's recent interest in jumping off of the couch, it seemed like a good idea to trade out the rectangular coffee/train table's corners for something round. I decided on a pedestal table, and I kept my eye out at thrift stores, estate sales, and yard sales for more than six months before leaping (almost literally) at this one a couple of weeks ago.

It had a mission-style base, little wooden casters, a scabbed-up top with peeling veneer, and someone had let their 24-hour reserve tag on it expire at St. Vinnie's. I paid for it on the spot; it was 50% off yellow tags day, and the table had already been marked down from $49.99 to $34.99. Too good to let it get away. 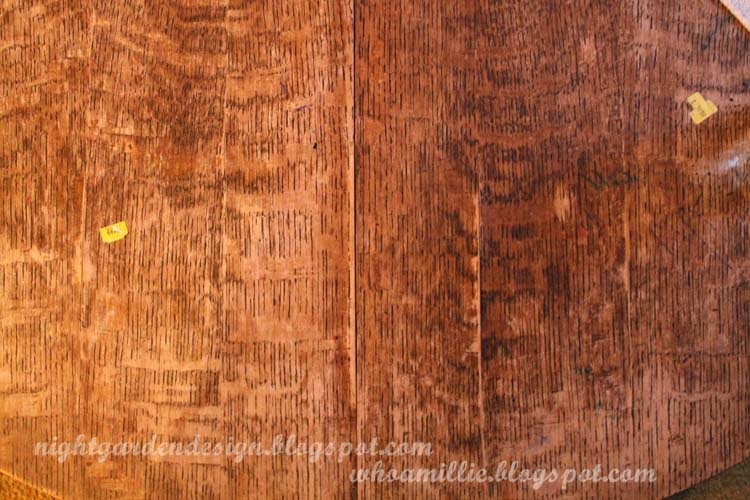 After running home to clean out my car and grab a screwdriver, the kiddo and I drove over to disassemble and load it up. It all happened so fast that I neglected to get a photo of the fully assembled table, but here it is, back home, after I'd started sanding and puttying the top. 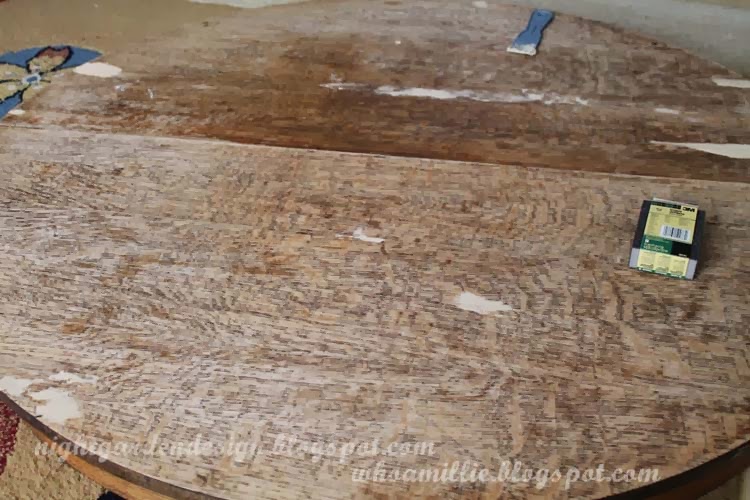 I left the cracked veneer in place, but secured it with wood glue and putty. When the time comes to refinish it, this will hopefully make it easier to remove the chalkboard finish; I'll just have to peel off the veneer and start with the wood underneath. 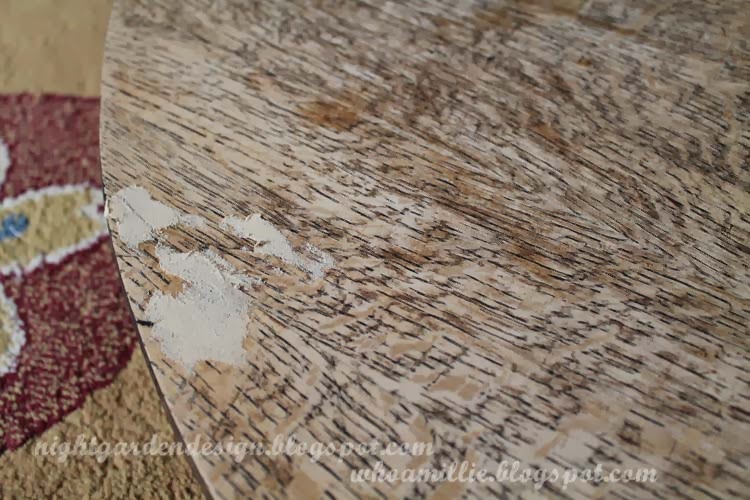 The table was dining table height, so after getting it home I had some further disassembling to do before I could cut it down by nine inches to make it coffee table height. 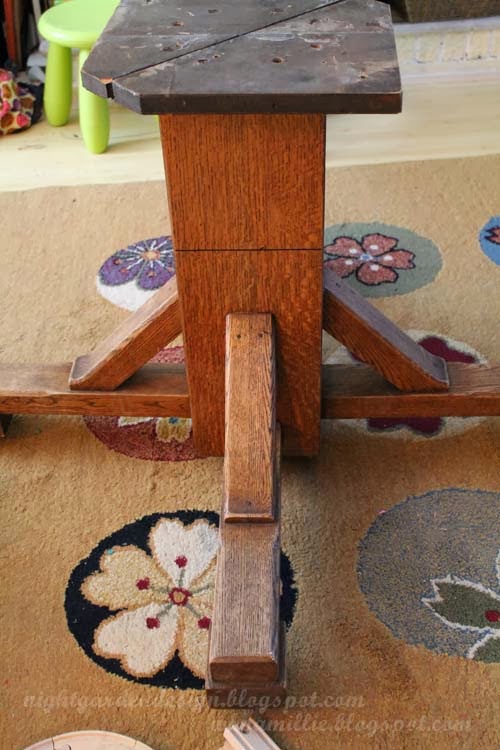 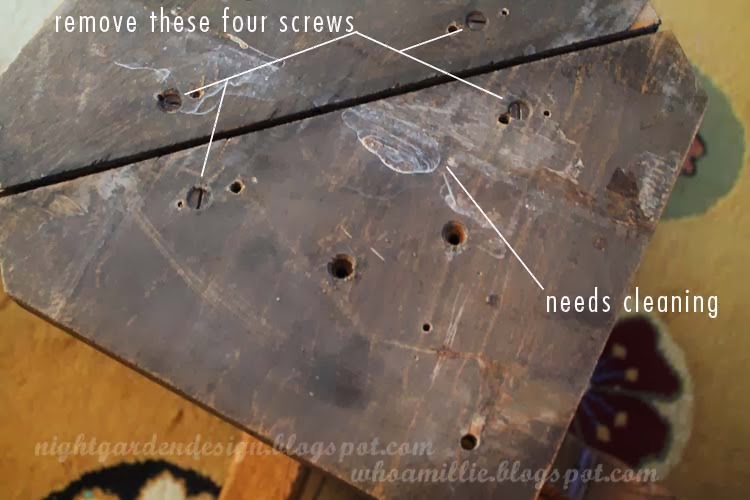 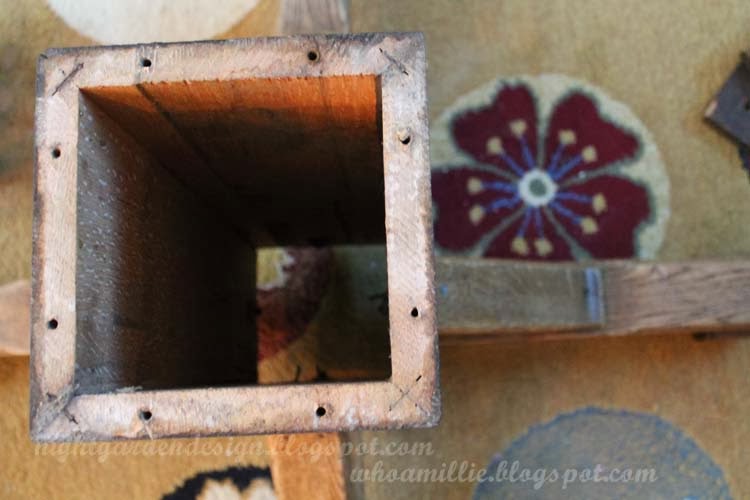 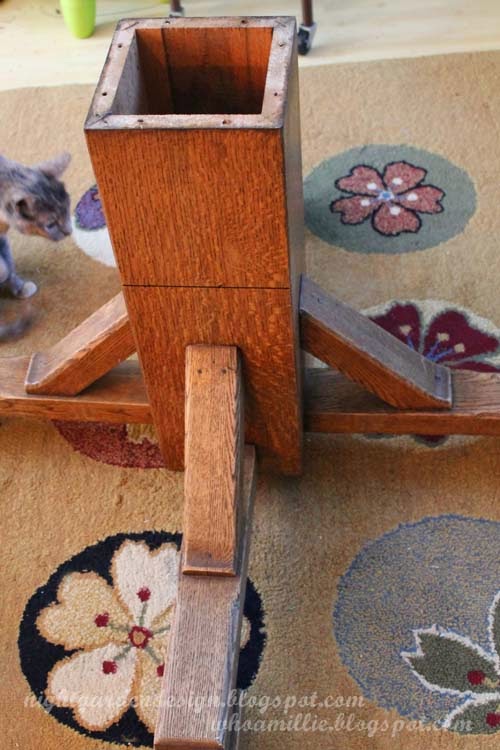 I measured and marked, then used masking tape along the line to help reduce splintering. 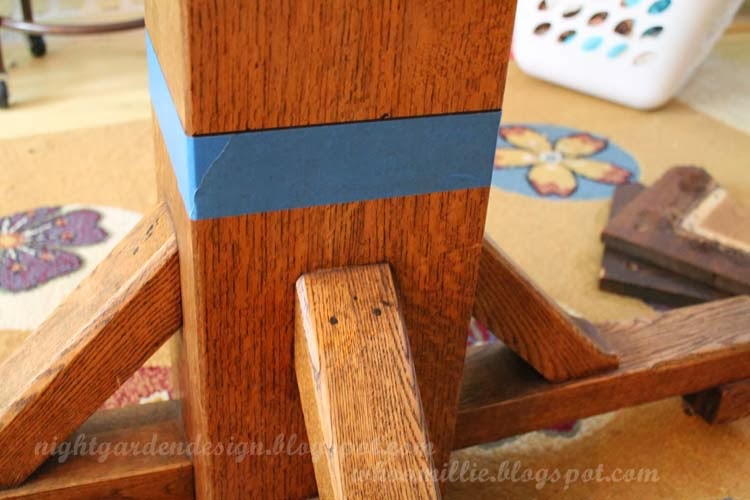 A circular saw, carefully used, took off the extra base, and after reassembling and a little more sanding, the kiddo and I rolled on two coats of zero VOC primer on the top. 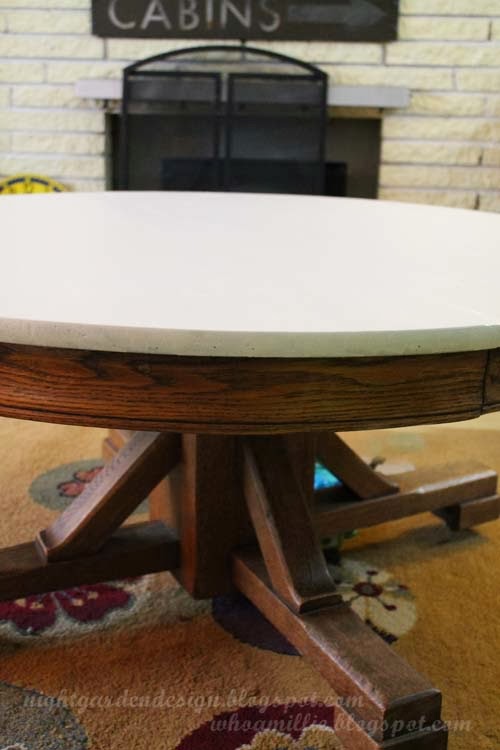 That night, after the kiddo's bedtime, I painted on the chalkboard paint (tinted to the kiddo's specifications) in three coats four hours apart. I kept the windows open, a circular fan pointed towards it, the kitchen and bathroom fans on, and the central air circulating to reduce fumes. It worked really well, and by morning we were ready for the three days of curing time recommended on the label. 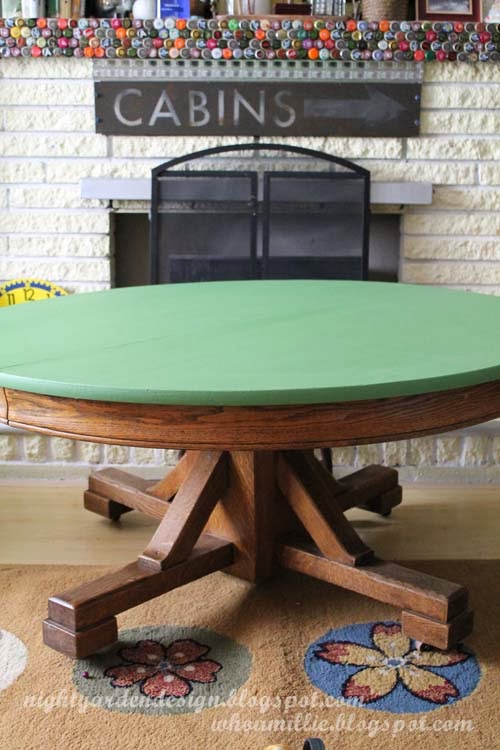 It was ready for chalk prep (rubbing with the side of a stick of chalk, then erasing) in time for the kiddo's birthday. Hooray! 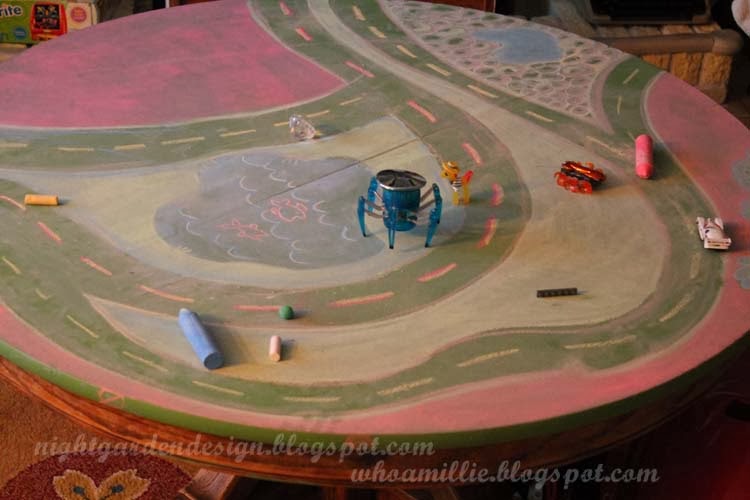 We love it so far. The color isn't what I would have picked, but it's classroom-chalkboard-green so it doesn't offend me either. More important are the increased play area, improved traffic flow, and reduced risk of injury. Plus, super cute, in my opinion.

Thanks for taking a peek!

p.s. want to see these photos larger? just click on them.

My Repurposed Life
Posted by Night Garden Design at 9:09 AM