You've already seen some of the things I packed into this year's Christmas boxes, including the Paul Bunyan Towel-endar . . . 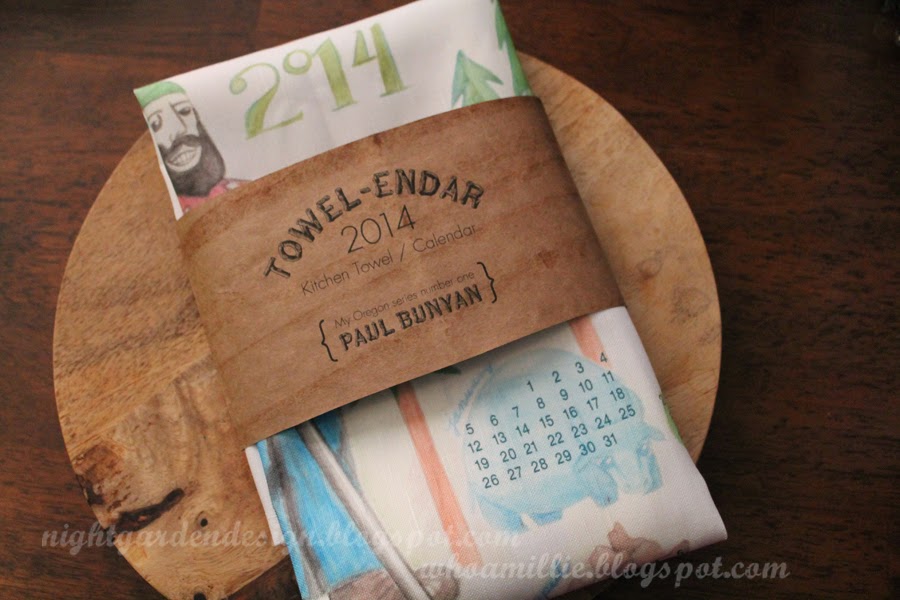 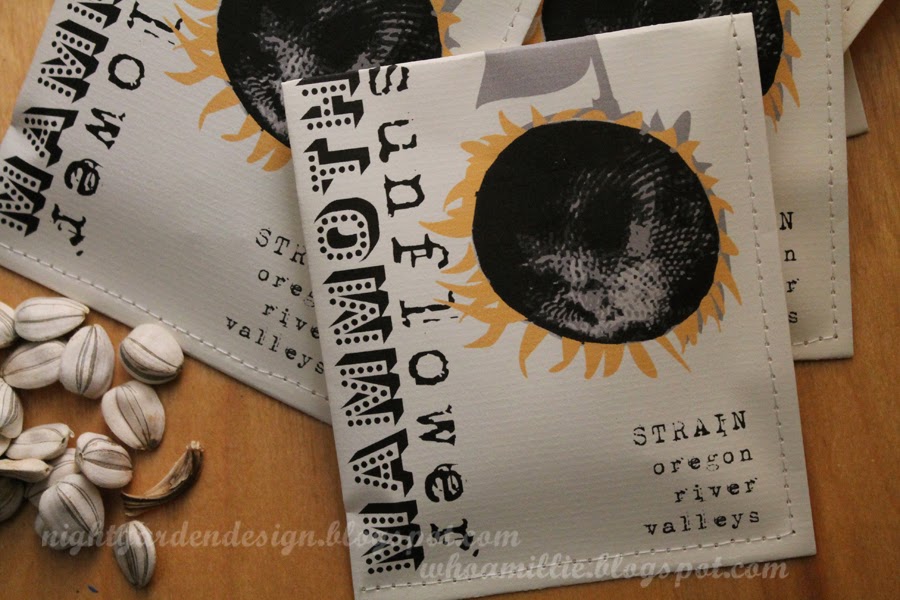 . . . and the woodsy snow globe ornaments. 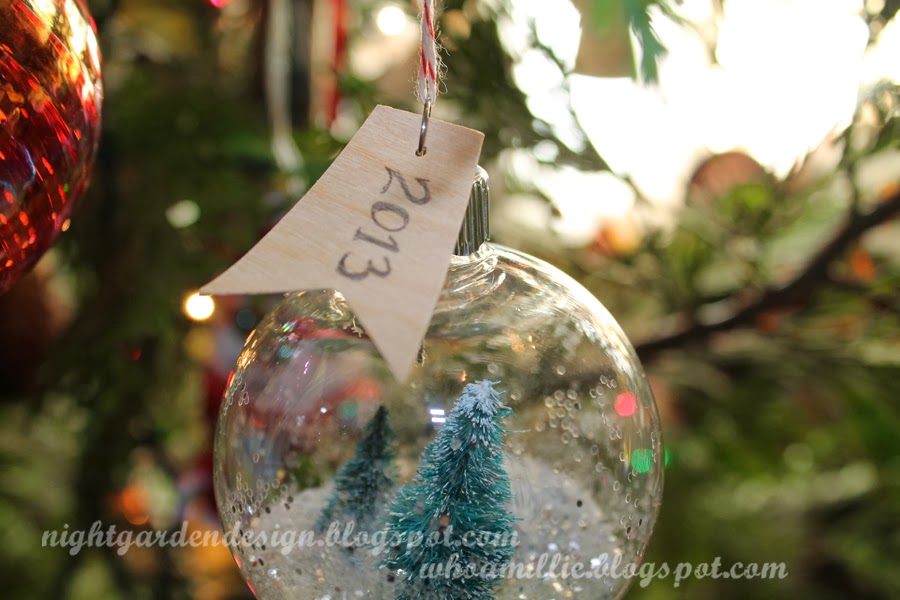 So let's look at some of the other stuff that went in the boxes with these goodies. Here's some coconut candied peanuts. I packaged them in triangular treat bags and added gold ties and vintage-style labels. (I should have chosen tree nuts to stay on theme, but I had a momentary lapse) 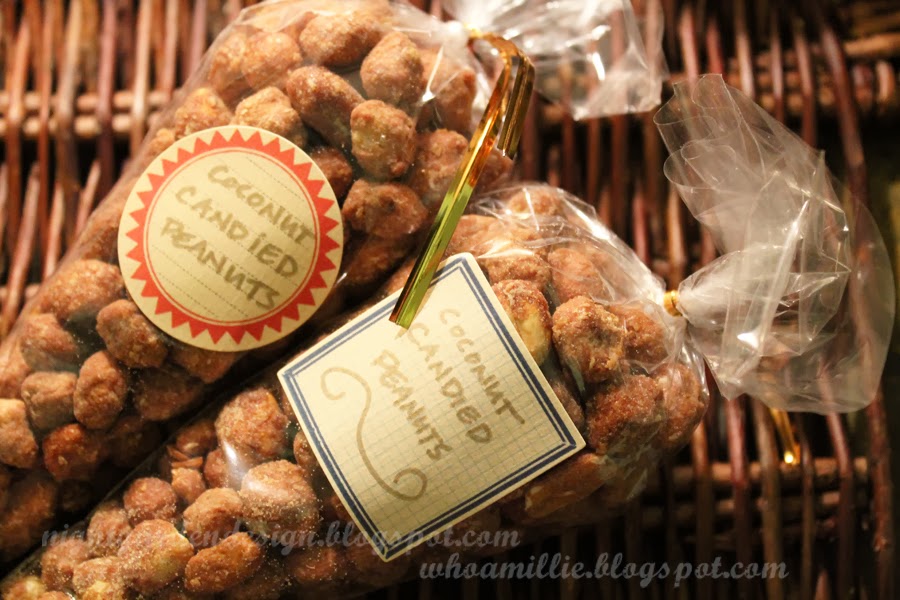 And here are some bar coasters I printed with a log slice pattern (for fun, some also had a bark pattern on the backs). 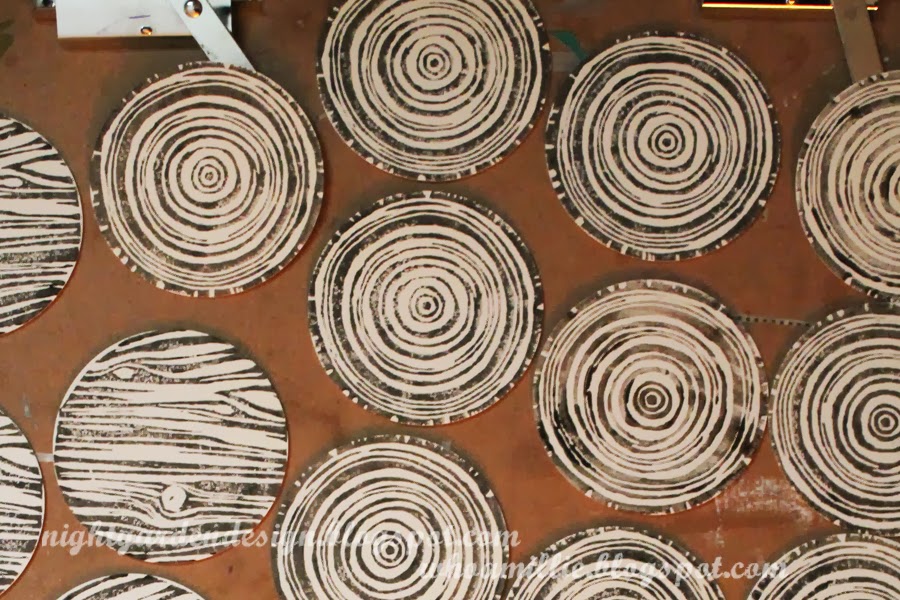 These little Paul Bunyan books (Paul Bunyan Comes West, originally published 1928) were my favorite, though. I'll talk more about them in a future post, but here's a sneak peek at them after I bound  them but before they were wrapped and put into the boxes. 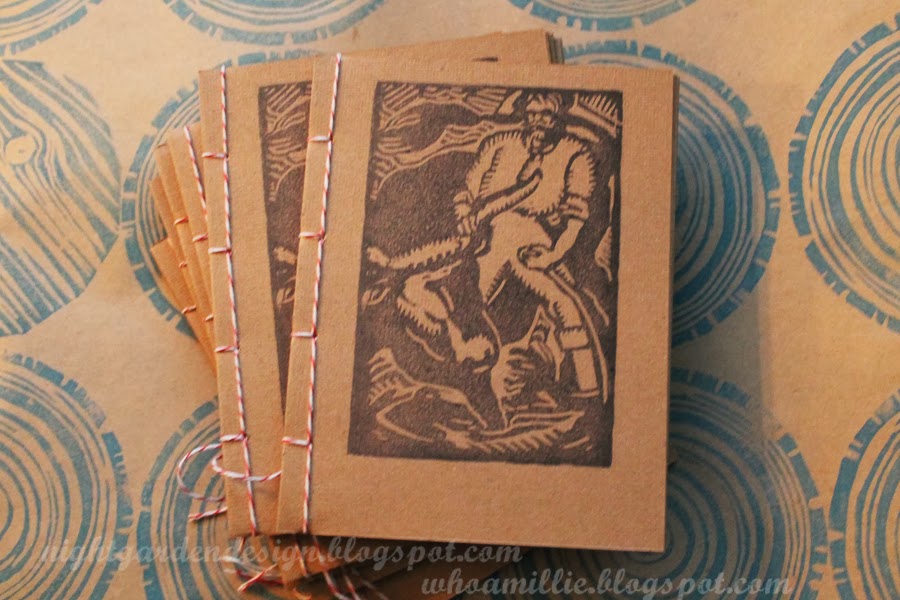 I packed everything into a treat box with a window on the top. You'll notice I also enclosed a box of packaged tea and a little parchment paper package of birch branch paper straws. 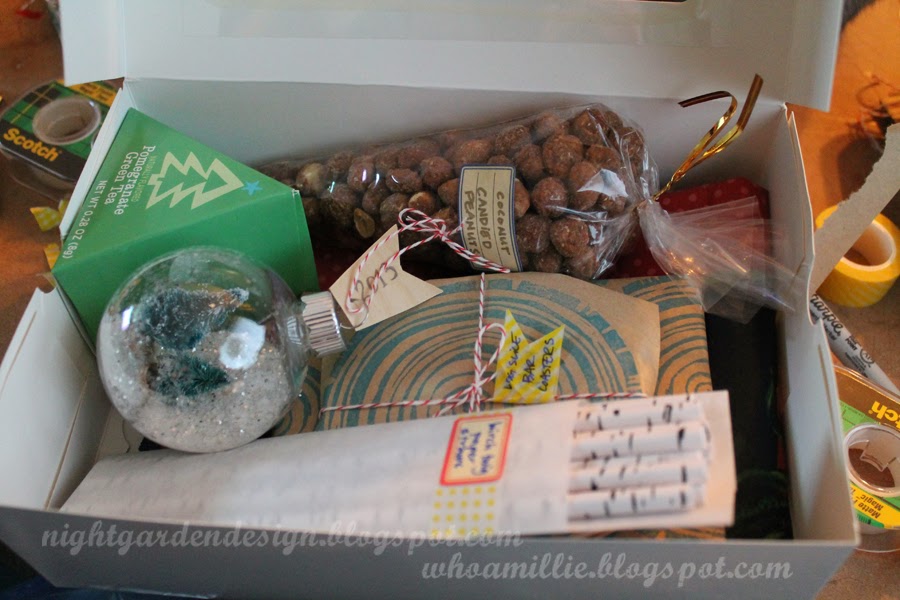 Then I added some colorful paper shreds I reused out of a Pijon Box delivery. They use a lot, so I had plenty for twelve boxes. 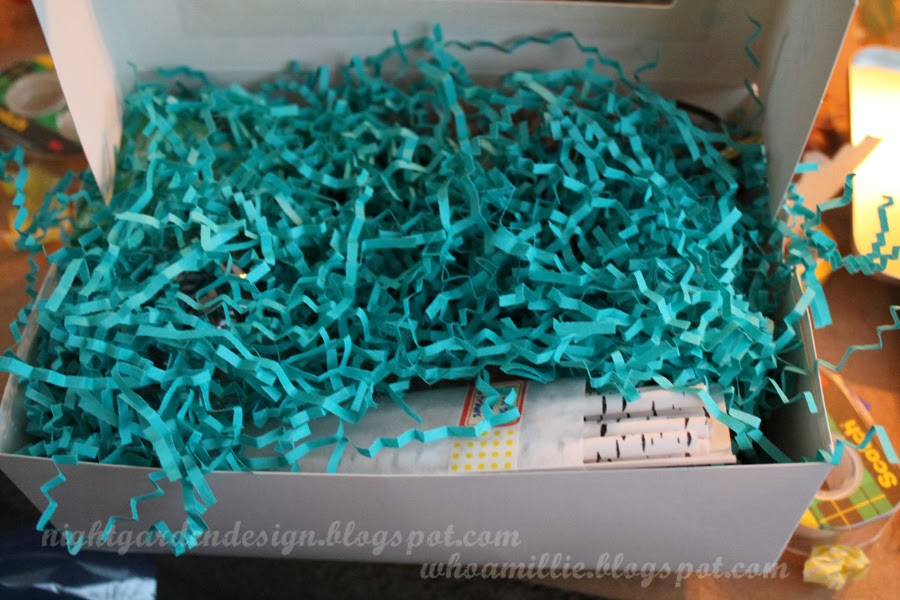 I tucked the Paul Bunyan towels in on top of everything . . . 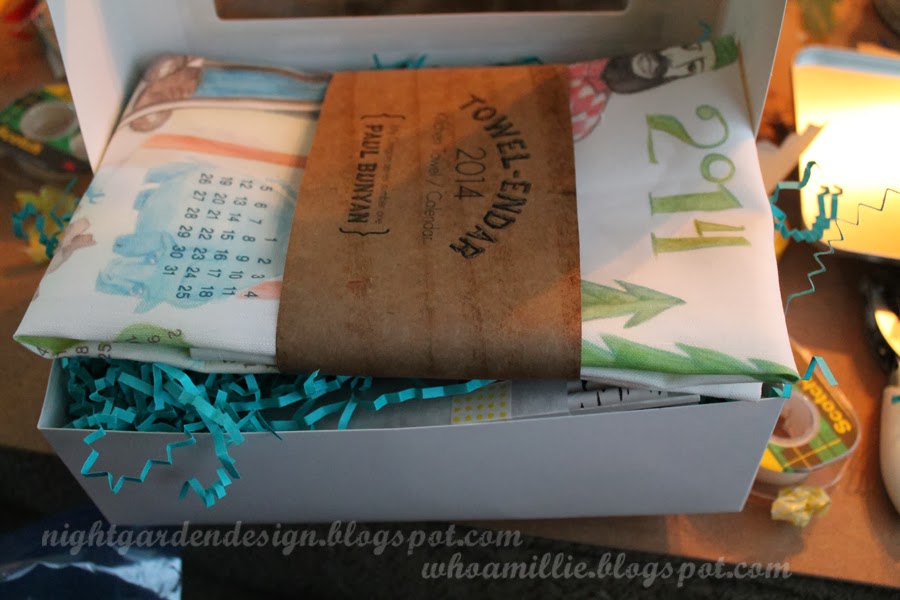 . . . then sealed up the boxes (bought during last year's post-Christmas clearance) with the towel wrap showing through the window. 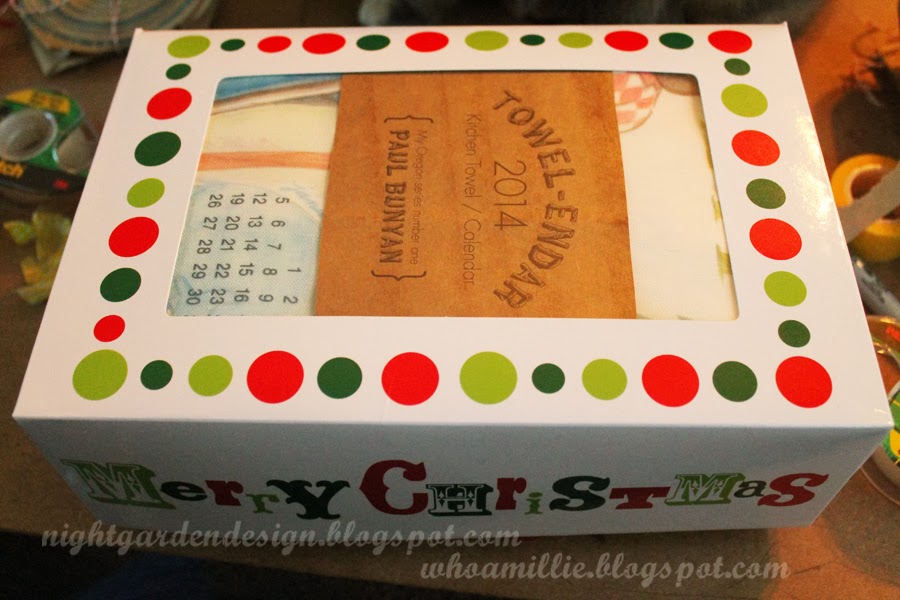 Finally, I used some recycled brown paper to print some wrapping paper using the same block I used for the coasters. I tied the packages shut with baker's twine and added more wood veneer tags on top. These ones say, "Paul Bunyan says, 'Merry X-Mas'" in gold pen. 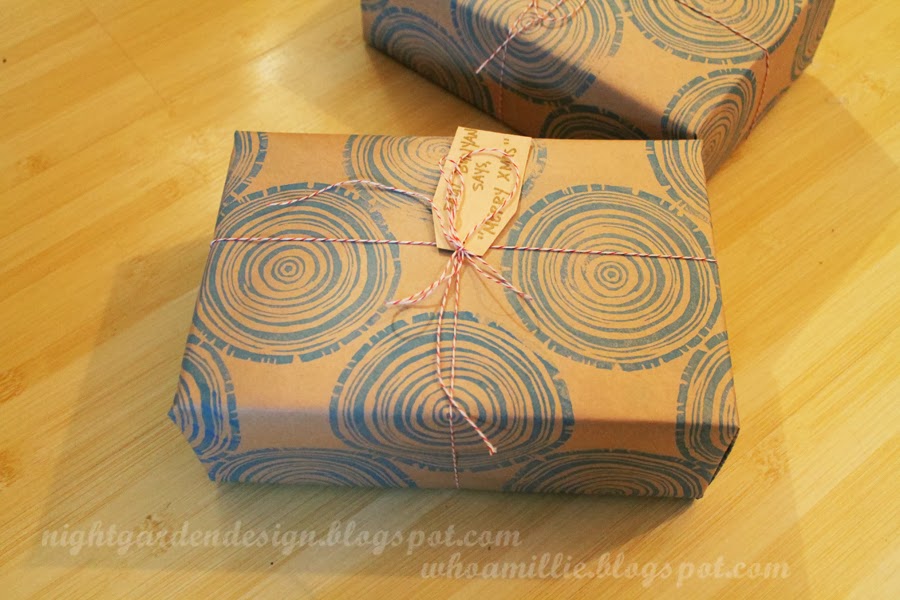 Positive feedback from family and friends! I had a lot of fun, and some frustration, and a few late nights putting everything together this year. I even got boxes in the mail in time for Christmas for those I wouldn't be visiting. Now to start planning for next year . . .

Junkin' Joe at the Cottage Market

Open House at No Minimalist Here

Posted by Night Garden Design at 10:53 AM


Wow! Those thoughtful packages are incredible. I am sure everyone loved them.