Yes, I make a lot of lighting fixtures: ReadyMade magazine and I can't seem to get enough of them. And while this one turned out really well (thanks to a DesignSponge tutorial), I'm a little unsure about it. 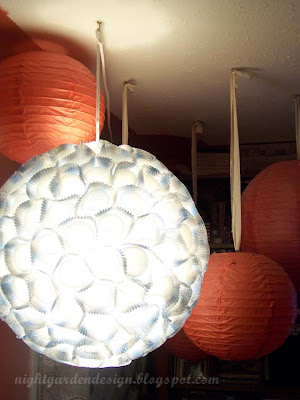 I read the tutorial on DesignSponge awhile back (based on this $898 light from Anthropologie)and pinned it to one of my Pinterest boards, but didn't really move on it. See, we have seven paper lanterns at present in the corner of our living room. And I've always kind of dug them, aside from the ugly cord messing up the view. 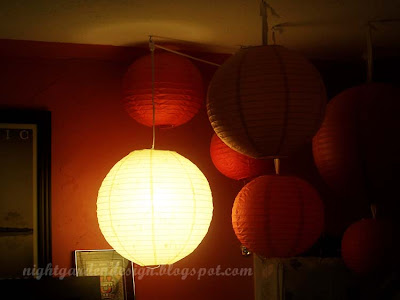 But closer inspection reveals that they're on their way out. There are small tears in the tissue paper here and there. There's some fading in spots. So, while I like them, it was time for a change. 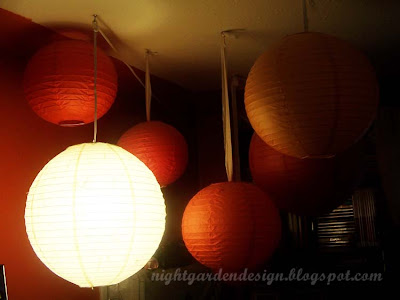 I did things just a little differently; instead of white cupcake papers and patterned candy cups, I used the opposite. And I glued the candy papers into the cupcake papers before attaching them to the lantern to streamline the process a bit.

Here's how it looked when I was a little ways into the assembly: 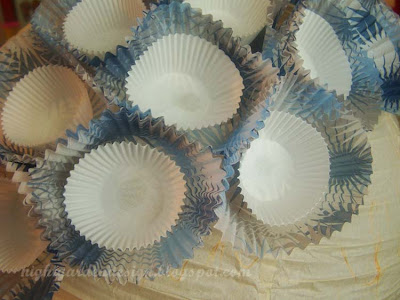 It took a couple of hours, and here's what came out at the end: 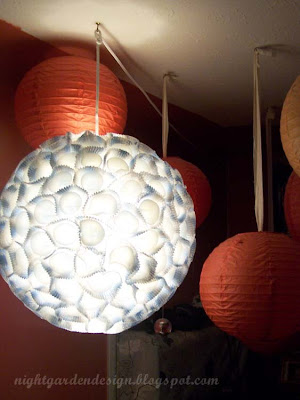 Okay, it's growing on me. Especially in close-up. 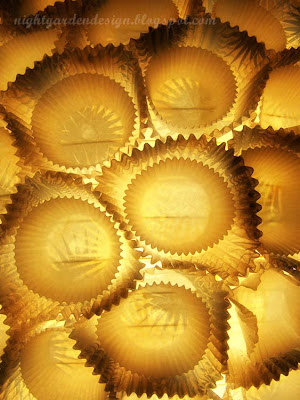 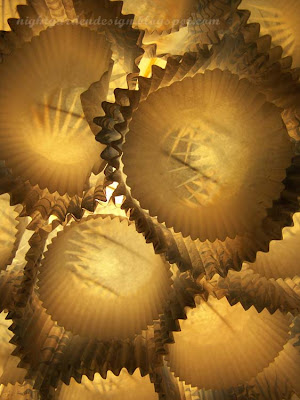 The patterned liners are by Reynolds; a blue and grey starburst pattern in their line of Party Baking Cups. 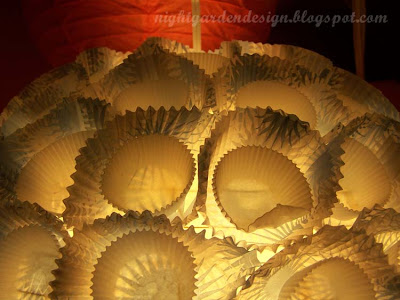 But it does dim things down a bit, and it's pretty clear that the other lanterns need to go. Since I'm in the process of getting rid of the orange walls, the bright colored lanterns are a bit of a deal breaker (in addition to the aforementioned rips and tears). So I guess this is still a work in progress, which I'll update you on eventually. In the meantime, what do you think? Does it make the cut?

(p.s. other versions of this project can be found here, here, and here. there's a whole wide world of internet out there!)

(p.s. you can make these photos bigger by clicking on them . . . but you probably knew that!)

Very cool! I am featuring this at somedaycrafts.blogspot.com.

I totally LOVE this!! Fabulous idea :)
Thank You so much for sharing and I hope you have a wonderful Memorial Day Weekend.

This is quite cute! Love things that can be done in a day or less. Definitely something my daughter will love to do. thanks for sharing.
JoAnn

saw the one on design sponge, love your take on it. I've never tried making my own light fixtures before and what I can't seem to figure out (and with most diy fixtures)is how do you attach a light bulb in it?

The paper lantern has a wire frame inside which attaches to the cord. Usually the kit comes with a plastic hanging clip, too, so that you can suspend the light cord from a cup hook in the ceiling, without slipping.

Hope this helps! Thanks for the compliments everyone! I hope you'll post your versions of this project if you make one!

You didi a fabulous job! I want to try one now. Did it take you long?

Great job, want to try this myself. Any idea how many cupcake wrappers I'll need???? Thank you- design inspiration overload!!!